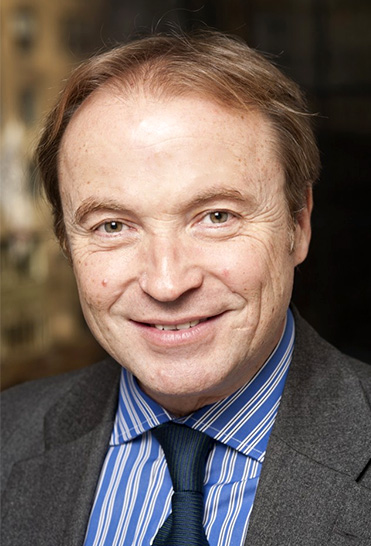 Jean-Christophe Bas, the founder of The Global Compass, has been holding senior policy positions with Inter Governmental Organizations during the past twenty years.

From 2008 till 2014, he was the Head of Strategic Development and Partnerships at the
United Nations of the Alliance of Civilizations in New York, an initiative of the UN Secretary
General aimed at improving understanding and cooperation among nations and peoples
across cultures, promoting cultural diversity and building inclusive societies.
In that capacity, working closely with UNAOC successive High Representatives Jorge Sampaio, former President of Portugal and Nassir Abdulaziz Al-Nasser, former President of the General assembly of the UN, Jean-Christophe has forged innovative initiatives with major world
corporate brands (BMW Group; Vivendi ; Silicon Valley firms; Education First…) to enhance
intercultural understanding and cooperation; he has been spearheading the expansion of the activities of the Alliance of Civilizations in the Asia and Pacific Region (China; Korea; India; Australia; Malaysia; Indonesia; ASEAN) ; he has been designing and heading the world campaign “Do One Thing for Diversity and Inclusion” aimed at building a world movement in support of Diversity with partners such as UNESCO, the Red Cross, American Airlines; Civicus; Intel; Deloitte…; coordinating the organization of the UNAOC Global Forum (Istanbul ; Rio de Janeiro ; Doha; Vienna; Bali) ; he is the founder of the Fellowship program for emerging leaders to foster dialogue and understanding between the Western world and the Muslim world, in partnership with the League of Arab States; British Council ; Organization of Islamic Conference ; Institute of International Education; Euronews…

From 2018 to 2020, he was the CEO and chairman of the executive Board of the Dialogue of Civilizations ( DOC ) Institute in Berlin. DOC is a prominent international think tank, its goal is to provide a platform bringing all leaders and influencers from all cultures and civilizations to forge shared worldviews through dialogue. In 2014 and 15, Jean-Christophe served as Director of Democratic Citizenship and Participation at the Council of Europe, running a team of approximately 160 staff dedicated to foster democratic competences , participation and responsible citizenship and fighting radicalization and extremism.
From 1999 to 2008, he was the Head of Policy Dialogue at the World Bank and set up innovative mechanisms of strategic engagement with key decision and opinion makers around the World on Development and Poverty eradication. In this capacity, he was instrumental together with the current Dutch Minister of Foreign Affairs Bert Koenders in the creation of the Parliamentary Network on the World Bank and the IMF, an independent organization of approximately 2000 legislators in 100 countries around the World to strengthen transparency and accountability of international financial institutions and
advocate for development ; the Researchers Alliance for Development, that brought together hundreds of research Institutions from University, trade unions, private banks, think tanks and NGOs; and the Youth, Development and Peace Network, an organization representing hundreds of millions Youth to strengthen the voice of Youths in promoting development.
Collaborating with chief economists Joe Stiglitz, Nobel laureate of Economy and Nick Stern, he was during nine years the coordinator of the ABCDE, the premiere global conference on development economics.

Prior to this, Jean-Christophe has developed a unique experience in the field of policy dialogue as the first Executive Director of the Aspen Institute in France (1994-1999), chaired by the former French Prime Minister Raymond Barre; he is now a vice chairman of the advisory Board of the Institute, appointed by Michel Pebereau (CEO BNP Paribas).
He was a Professor of Political Studies at the Institut d’Etudes Politiques in Lyon and a Vice President of the European Fund for the Freedom of Expression, one of the very rare Organizations that advocated and supported freedom of speech and pluralism activists in Eastern Europe before the fall of the Berlin wall in 1989. He started his carrier in 1984 at the
European Parliament and collaborated with Simon Veil.
Jean-Christophe is the author of EUROPE A LA CARTE (Editions du Cherche-Midi), a book of reflections on European identity published in English and in French in November 2009 at the occasion of the 20th anniversary of the fall of the Berlin wall, with contributions by the UN Secretary General Ban Ki moon; the Secretary General of the League of Arab States; the CEO
of Euronews; the conductor Daniel Barenboim and seventy other prominent leaders around the World.