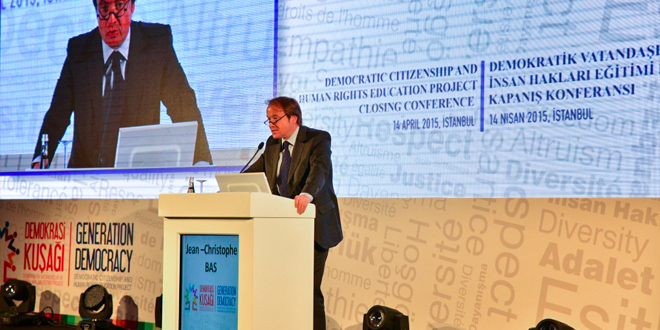 14 April 2015 . The Minister of National Education, Nabi AVCI opened the closing conference of about 350 participants from Turkey and from other member states of the Council of Europe who met to celebrate the achievements and to reflect on the lessons learned from the four-year 6.1 million Euro project Democratic Citizenship and Human Rights Education (“Generation Democracy”), funded by the European Union and implemented by the Council of Europe in partnership with the Ministry of National Education and the Board of Education.

Minister Avcı said “this project has shown to all of us and especially to our students once again that demoracy is not just a political concept but it is also a culture of living. We once again witnessed how important democracy is both in the management of schools and management of education. I home these practical applications will continue at a growing pace.” Minister Avcı went on to say “schools will become more appealing to students and will also be a place where teachers find peace once our administrators, politicians and our governors digest and fully adopt democratic culture and not only those involved in tuition. This project has contributed to this and will continue doing so in the future.”

Minister Avcı thanked everyone for their contributions to the Project led by European Council Democratic Citizenship and Participation Director Jean-Cristophe Bas, the Charge d’Affaires of the European Union Delegation for Turkey Bela Szombati, Country Coordinators for Democratic Citizenship and Human Rights, the Director General of the Turkish Education Board and the European Union and Foreign Relations General Director. Later Minister Avcı toured the exhibition where the printouts of the works at the schools participating in the Project were displayed. 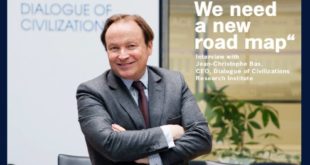 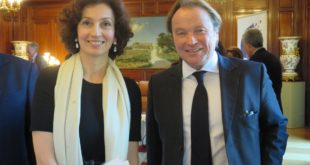